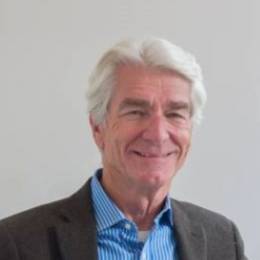 Dr. Michael van Walt van Praag is an international lawyer, mediator and advisor in intrastate peace processes, and professor of international law and international relations. He served as UN Senior Legal Advisor to the Foreign Minister of East Timor during the country’s transition to independence, and as legal advisor to the Office of His Holiness the Dalai Lama from 1985 to 2011. He was appointed Visiting Professor of Modern International Relations and International Law at the Institute for Advanced Study in Princeton from 2011-2015 and taught at universities in Rome, Delhi, San Francisco and Monterey. From 1991 to 1998 Michael served as General Secretary of the Unrepresented Nations and Peoples Organization, headquartered in The Hague. He has practiced law, including public international law, with the law offices of Wilmer, Cutler & Pickering (now Wilmer Hale) in Washington D.C. and London, and of Pettit & Martin in San Francisco. His publications include Tibet Brief 20/20, co-authored with Miek Boltjes in 2020; Sacred Mandates: Asian International Relations Since Chinggis Khan (co-authored/edited with Timothy Brook and Miek Boltjes, 2018); The Implementation of the Right to Self-Determination as a Contribution to Conflict Prevention, Report of the International Conference of Experts (21 to 27 November 1998), UNESCO Division of Human Rights, Democracy and Peace/UNESCO Centre of Catalonia (Barcelona, 1999); and The Status of Tibet: History, Rights and Prospects in International Law (Westview 1987).