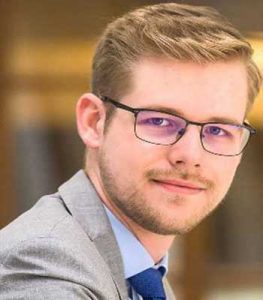 František Kopřiva is a Member of the Chamber of Deputies of the Parliament of the Czech Republic. He represents the Czech Pirate Party. In the European Union, he vice-chairs the EU Affairs Committee. He is also a delegate to the The Parliamentary Assembly of the Council of Europe among the 324 parliamentarians from 47 Council of European nations who are speaking for the 830 million Europeans on human rights and democracy. His work on Tibet is most notably observed in the co-founding role  of Czech Parliamentary Group for Tibet where he also serves as the co-chairperson. Mr. Kopřiva is a graduate of Charles University and Czech Technical University, both  in Prague.