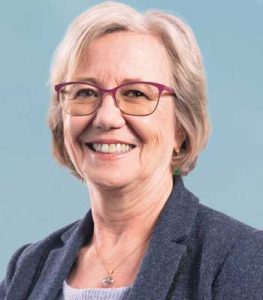 Ms. Laurence Fehlmann Rielle is a member of the National Council of Switzerland. She is also the Director of FEGPA (la Fédération genevoise pour la prévention de l’alcoolisme) which works on prevention of alcohol and cannabis and is also co-responsible for the Carrefour addictions umbrella organisation. She was a member of the Geneva Grand Council from 1997 -2009, President of the Geneva Socialist Party from 2004 – 2008 and Municipal councillor in the City of Geneva (2011-2015 legislature), re-elected in 2015 and resigned due to the election to the National Council. She is the President of the Swiss-Burmese Association, Member of the ATE (Transport and Environment Association) and Member of Femmes Information. She has a Degree in Political Science, a Postgraduate Diploma in Public Administration (IDHEAP – Institut de Hautes Etudes en Administration Publique) and Master’s degree in advanced studies in public health (Faculty of Medicine) based in Geneva, Switzerland.