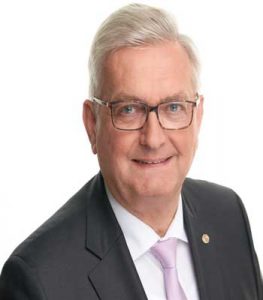 Alfred Riedl is a mayor of his home town of Grafenwörth (Lower Austria) since 1990. In 2001 he was elected  President of the Lower Austrian Association of Municipalities. In 2017 he was also elected President of the  Austrian Association of Municipalities. In this function he represents the interests of 2,084 Austrian cities  and municipalities. He began his career as a teacher and later as a tax advisor and founded his own tax consultancy in Tulln. The company now maintains offices in Tulln, Krems, Korneuburg and St. Pölten. He is a graduate of the Vienna University of Economics and Business.