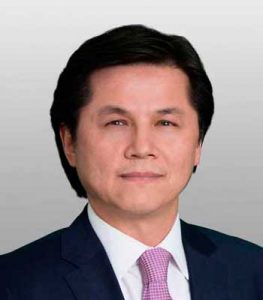 Mr. Nury A. TURKEL is a Commissioner to the United States Commission on International Religious Freedom (USCIRF), as appointed by Speaker Nancy Pelosi in May 2020. He is the first U.S.-educated Uyghur American attorney and specializes in regulatory compliance, federal investigation and enforcement, anti-bribery, legislative advocacy, and immigration. He has also extensively worked as a human rights advocate, particularly for the Uyghurs. In 2003, Mr. Turkel co-founded the Uyghur Human Rights Project (UHRP) which he currently chairs. He also served as the president of the Uyghur American Association that saw the release of a prominent Uyghur prisoner of conscience. Mr. Turkel has testified numerously before the US Congress and advocated policy responses to the Uyghur genocide. Many of his recommendations have been incorporated into U.S. laws and pending bills relating to Uyghurs and China in Congress. Mr. Turkel has published widely in global newspapers and appeared in media like CNN, BBC, and Al Jazeera and spoken at numerous forums sharing his expertise on foreign affairs. In September 2020, Mr. Turkel was named one of the TIME 100 Most Influential People in the World.