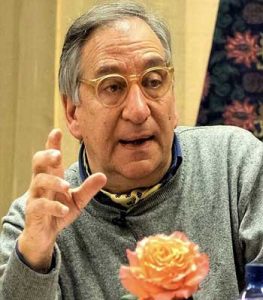 Mr. Piero Verni is a journalist, writer and video maker who lives between  Brittany (France) and Italy. For more than thirty years, he has been  concerned with Tibetan civilisation and Indo-Himalayan cultures.  Among his books is an authorised biography of His Holiness the Dalai Lama (Dalai  Lama-biografia autorizzata, Milano 1990; 2nd edition Milano 1998) and a  study on Tibetan tulkus tradition (Tulkus: the mystic incarnation of Tibet,

Venezia 2015). Among his documentaries, Tibet My Country (with Karma Choeky), Bruxelles 1996. He is currently working on the third updated  edition of the biography of His Holiness the Dalai Lama and he is finishing editing a  video about the tradition of Tibetan Tulkus. He is also one of  the founding members of the “Associazione Italia-Tibet” of which he  was president for the first 14 years and today is the president of the  association “The Heritage of Tibet-L’Eredità del Tibet”