With China’s expanding footprint across continents and economic sectors, reports of human rights violations linked to Chinese political and economic influences in other countries, and more pertinently within the international human rights system are on the rise.

The list of foreign companies and brands bowing to China’s economic influence is growing. Dozens of foreign companies are forced to publicly apologize after expressing opinions or making statements that are seen to “deviate” from CCP’s narrative. The U.S National Basketball Association is the latest foreign organization joining the list of foreign brands that bowed to China. The Houston Rockets general manager, Daryla Morey had to apologize to China for tweeting “Fight For Freedom. Stand with Hong Kong” in October 2019. The following team faced backlash from Chinese broadcasters and streaming platforms that they would no longer broadcast Rockets games. Similarly, Mercedes-Benz, a German Car company, had to apologize to China for an Instagram post with its luxury cars along with a quote from Dalai Lama saying “Look at the situations from all angles, and you will become more open.” The foreign firms and institutions factoring in self-censorship for the Chinese market and investment have shown how much influence China holds over international companies.

Beijing’s concept of “Human Rights with Chinese Characteristics,” emphasizes a development-first approach. This not only serves as a tool to legitimize China’s human rights abuses, but also conveniently encourages other authoritarian regimes. Due to distribution of regional seats and voting pattern within the UN system, Beijing’s hand in sponsoring, tabling and blocking the human rights resolutions in the UN Human Rights system has set a new challenge for the relevant human rights protection mechanism. For instance, in response to joint statements by 44 UN member states during the 47th UN Human Rights Council session, expressing concern over arbitrary detention, forced labour and transfer of Uighur people, and deteriorating situation in Tibet and Hong Kong, China teamed up with 37 UN member states in its defence and issued a statement justifying the human rights violation in regions under China’s control.

China’s current engagement and strategies to interplay between China’s human rights record and global environment is no longer confined to avoiding international scrutiny of its human rights abuses. China has taken an active role to undercut the human rights protection work of the UN Human Rights Council and other relevant agencies by seeking to undermine existing human rights discourse and presenting China’s growing economic power as a rising model to be adopted by other developing countries. China’s effort to exert its influence in various international platforms began to grow with increasing financial contributions to international organizations, in particular from 2012, since Xi Jinping came to power.

The increasing activity of China on human rights issues at the UN reflects China’s ambitions to reshape global governance and norms.  In 2012, a research report by Chatham House titled “China and the International Human Rights System” has remarked that “China’s general approach within the Human Rights Council has been a near-perfect execution of Deng Xiaoping’s famous maxim: ‘calmly observe, secure your position, deal with things calmly, hide brightness and cherish obscurity, protect our advantages, never seek leadership, and attain some achievements.” This general approach began to change when Xi Jinping assumed the presidential role in 2012. Following this,  the launch of Xi’s signature project “Belt and Road Initiative” in 2013, seeking to create a new economic corridor to further strengthen PRC’s influence across Asia and Europe.

In a sign of growing confidence, China tabled its first-ever Human Rights Council’s resolution in June 2017, titled “The contribution of development to the enjoyment of all human rights.” In March 2018, China followed up with another resolution, “Promoting mutually beneficial cooperation in the field of human rights.” Both resolutions sought to exert “Xi Jinping’s thought” into the UN language and bring the UN system in advancing “Human Rights with Chinese characteristics.”

There are growing reports of human rights violations in project sites and countries under the BRI flagship project. China’s long arm has seen support for authoritarian regimes, weakening of democratic institutions, and bailing out of countries that have committed human rights abuses.

A study carried by the Business and Human Rights Resource Centre has reported that since the launch of the BRI (2013), the centre has registered 679 publicly available information of human rights violations linked to Chinese businesses conducted abroad till 2020. These include land conflicts, destruction of livelihoods, environmental pollution, labour rights violations and the use of violence. The report is based on research by local and international NGOs and media reports. The study has also indicated higher rates of human rights abuses in countries with weaker governance where Chinese investments are dominant.

According to study conducted by AidData lab at William & Mary, a university based in Virginia, US, in a period of over 18-year period, China has granted loans to 13,427 infrastructure projects worth $843 bn across 165 countries. Much of the loans are linked to China’s Belt and Road strategy.

The outbreak of COVID-19 pandemic which was first detected in the Wuhan city of China has exposed China’s orthodox interpretations of non-interference in internal affairs that has weakened international norms on human rights, transparency and accountability. These are not new, but have revealed assertive tactics employed by Chinese officials to alter the global governance in China’s favour.

The growing role and influence of China in global politics and human rights discourse extend beyond question in securing greater say for China, thus transforming from “norm-taker” to “norm-shaper” on human rights standards and principles.

China’s assertiveness and its global human rights implications are reflected in Xi-Jinping’s address to the 19th  National Congress of the Communist Party of China in October 2017:

“China champions the development of a community with a shared future for mankind, and has encouraged the evolution of the global governance system. With this we have seen a further rise in China’s international influence, ability to inspire, and power to shape; and China has made great new contributions to global peace and development.”

In the light of China’s growing political and economic weight which is seeking to redefine international order and the idea of universality of human rights, democratic norms and institutions, many countries are reconsidering their position and approach to China. For instance, the European Union has acknowledged China has increasingly become a strategic competitor for the EU. Likewise, the US has shifted from viewing China as a strategic partner to strategic competitor. 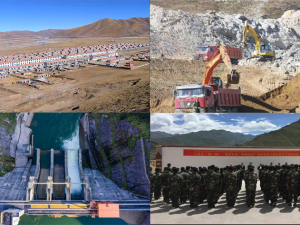 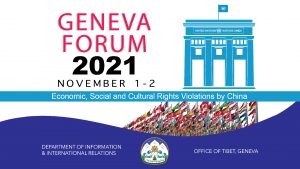